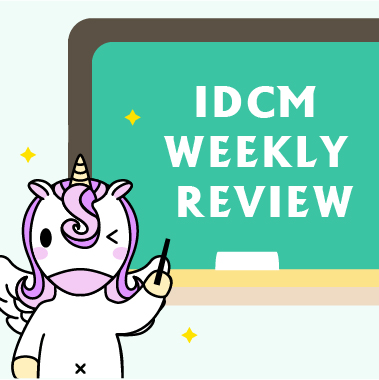 01 Latest News on the Industry

On 3rd March, Google Play delisted some crypto-related news apps, including Cointelegraph and Coindesk, which still hadn’t been searched for by 2:00 a.m. EST. Google didn’t get in touch with Cointelegraph for the delisting. Cointelegraph has contacted Google but got no response yet.

On 3rd March, the Bureau of Industry and Informatization in Guangzhou published the notice about the 2020-2022 Action Plan for Developing New Generation Artificial Intelligence Industry. The plan points out that it is of vital importance to promote the construction of Chinese software demonstration zone featuring blockchain and Guangzhou Blockchain International Innovation Center, Huangpu Blockchain Valley, Xiami Blockchain Group Innovation Space (GIS), Blockchain Future Space and so forth. The purpose is to explore the multiple application scenarios of blockchain and AI and support the initiation of new projects combining AI and blockchain.

3. Adoption of “City Brain + Blockchain” to Ensure the Information Authenticity and Safety in Xiacheng District, Hangzhou

On 4th March, the Administration of Data Resources in Xiacheng district, Hangzhou, took advantage of the combination of the city brain platform and blockchain technology to ensure the authenticity of returned employees’ information. Once employees fill out and submit the letter of commitment, a specific code will be automatically created and uploaded onto blockchain to make sure the information is safe, transparent and valid. Next, the Administration of Data Resources will further promote the technological cooperation of “City Brain + Blockchain” to put it into practice and achieve a series of functions such as data collection, storage and demonstration, so as to make the most of blockchain technology and aid the modernization of fundamental governance.

On 5th March, the Department of Education published the list of approved new bachelor’s degrees in higher education. Three new bachelor’s degrees of Shenzhen University have been approved, which are financial technology, robot engineering and preschool education. It is projected to enroll new undergraduates for these degrees this year. Among them, financial technology combines finance and technology, aiming to foster the talents able to work in government apparatus, banks, securities and insurance companies and technology companies, with a sound theoretical foundation in economics, finance, information and computer science. At the same time, Shenzhen University is also planning to launch various fin-tech degrees, such as the application of financial big data technology, blockchain finance, insurance technology, regulatory technology and so on, in order to meet the demand for fin-tech talents in different specific areas.

On 4th March, according to Securities Times, more than 10 experts and scholars attended the National Development and Reform Commission Seminar about the new infrastructures of digital economy. They suggest that the current epidemic situation is a catalyst of digital economy and the highly efficient decision-making should be predicated on the rapid, comprehensive and precise data collection and analysis. After the outbreak, China is likely to promote the investment and purchase. The Chinese central bank may accelerate the issuance of its digital currency, which will be utilized as controllable “special-purpose funds” throughout the process. The sovereign digital currency may become an option to achieve directional stimulation.

2. The Judiciary and Laws Committee under the National Assembly of South Korea Approves Special Financial Law

On 5th March, the Judiciary and Laws Committee under the National Assembly of South Korea approved Special Financial Law. If it is further approved by the National Assembly in May, it will come into force officially. Special Financial Law covers the system of cryptocurrency exchange licence and the real-name registration of cryptocurrency exchange accounts.

3. Science and Technology Office in Guangdong Province Initiates the Declaration of the Special Project “Blockchain and Financial Technology”

To fulfill the requirements stressed by President Xi in the 13th and 18th collective study of the Political Bureau of the Central Committee about the capability to enhance the real economy of financial services, promote blockchain technology and industrial innovation and comply with Outline Development Plan for the Guangdong-Hong Kong-Macao Greater Bay Area, Science and Technology Office in Guangdong has initiated the declaration of the 2019-2020 special project “Blockchain and Financial Technology” based on Implementation Plan for Research and Development in Important Fields in Guangdong Province.

4. The Department of Education in Brazil Proposes Issuing Diplomas on Blockchain

On 6th March, the Department of Education in Brazil proposed to establish a platform based on blockchain technology to fight against the diploma counterfeiting for Brazilian universities. The resources will come from private educational institutions. Additionally, the department will ask for universities to set up an independent sector to take charge of the platform based on blockchain.